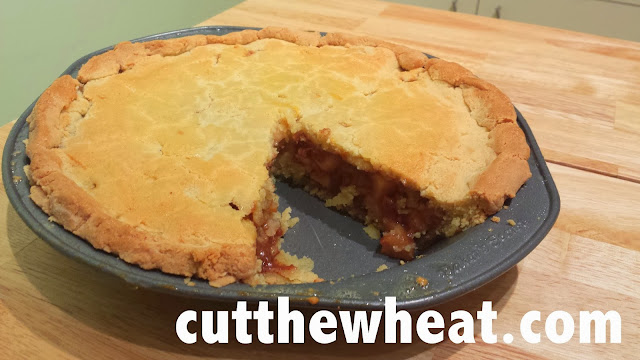 It hit me today that I don’t have an apple pie recipe to turn to when the hankering hits. Low carb, gluten free–and most importantly, grain free–apple pie is a bit of an elusive task. Without gluten, the dough just doesn’t stretch like wheat-based dough would. Thus, you’ll end up with a more rustic looking pie. Does that really matter, though? I mean– seriously? 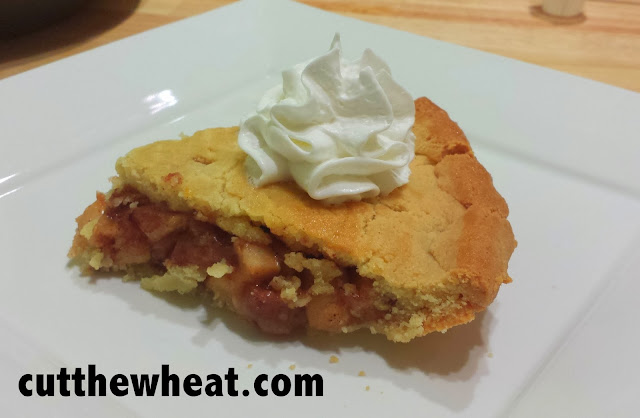 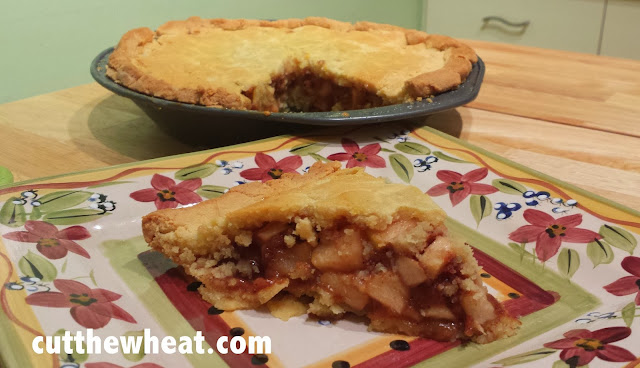 My incredibly picky nine year old daughter, Sydney, dug into this pie as soon as it came out of the oven. She said, and I quote: “This just tastes like apple pie. I can’t taste the difference!” I was incredibly pleased with the way the crust turned out. I had concerns that it would be super crumbly, but in the end, it was just as durable– if not more durable–than regular pie crust. It was also flaky and tender and crisp around the edges. Basically– it was just perfect! 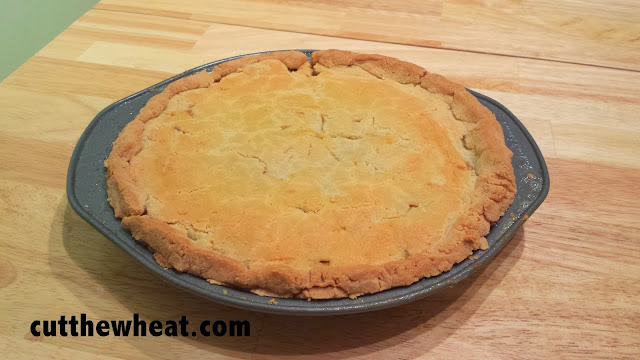 This pie contains an impressive 11g of net carbs per slice of pie (1/8th of the pie). While that’s not super low carb, it’s still two thirds to three fourths less than regular apple pie. It’s an excellent treat and, I promise, the whole family will love it!


Filling:
Egg Wash:
Directions:
1. Preheat oven to 350 degrees.
2. Prepare crust by placing all ingredients into a food processor or high powered blender. Process until a thick ball of dough forms.
3. Press half the dough down into a 9 inch pie pan (no need to grease it). Bring it up over the sides like you would a traditional pie crust. It will be bumpier than a traditional pie crust.
4. Par-bake the bottom crust for 5-6 minutes in the pre-heated oven. Prepare the apple filling while you wait.
5. Combine all filling ingredients in a large bowl and mix well until apples are completely coated.
6. Remove bottom crust from the oven and spoon the apple filling into it, using the back of a spoon or spatula to flatten the apple surface as much as possible.
7. Cover the top of the apples with the remaining crust in one of two ways: First, roll the crust between two large sheets of parchment paper or plastic wrap until it is less than 1/4 inch thick and large enough to be placed over the pie. Alternately, simply press the upper crust down but adding small balls of dough to the top of the pie and then pushing them down together to create a thin, uniform crust over the top. Pinch together the top crust with the bottom crust.
8. Brush beaten egg over the top of the crust, being sure not to miss any spots.
8. Cut a few small holes in the center of the crust to release steam.
9. Bake the pie on the middle rack for 30-40 minutes or until the crust is deep golden brown.
NUTRITION (1/8th of pie): 290 calories, 16 g carbs, 5 g fiber (11 g net carbs), 23 g fat, 8 g protein