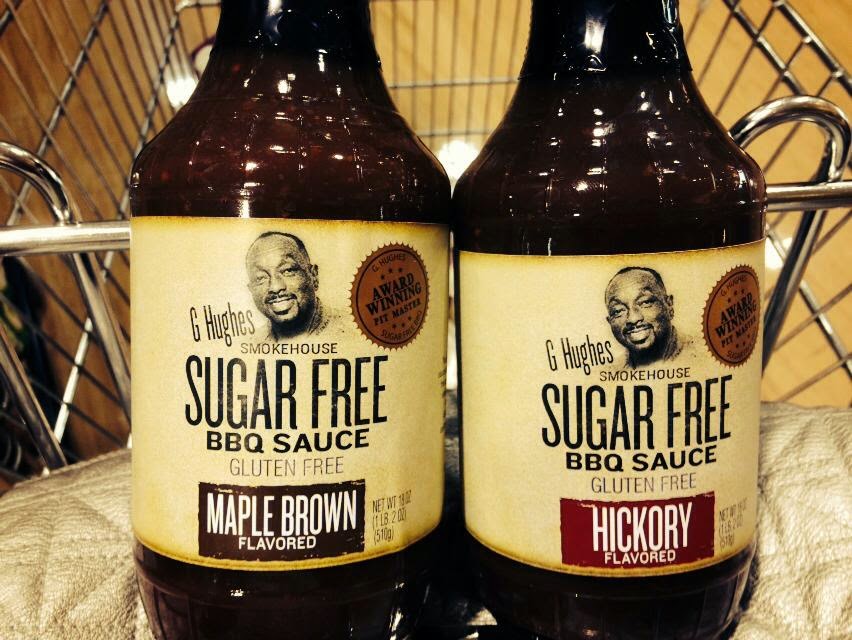 I found these goodies at my local grocery store a few days ago (Heinen’s, if you’re local to Northeast Ohio) and I was so excited to have found such a gem on store shelves. It was hidden in a special promotional section of the store, tucked far away from the sauce aisle. I’m lucky to have spotted them, because, well- wouldn’t you be excited if you saw these in your grocery store? This wonderful sauce has just 2g carbs per serving and is gluten free. What more could you ask for?

I scoured the label for information on the maker, but came up pretty much empty handed. After some Googling, I found another sauce that I thought was similar– Guy’s Award Winning BBQ Sauce. An email later, I found out that this sauce was indeed created by Guy’s sauces, but it wasn’t yet available on their website. The original Guy’s sauces come in both regular and sugar free varieties, but obviously we’re referring only to the sugar free ones here. You’ll find the traditional flavors in original, spicy, smokey garlic and hot flavors, but the ones I found at my Heinen’s store are pictured here– maple brown and hickory. Guy’s original flavors have just 1g of carbs per serving! 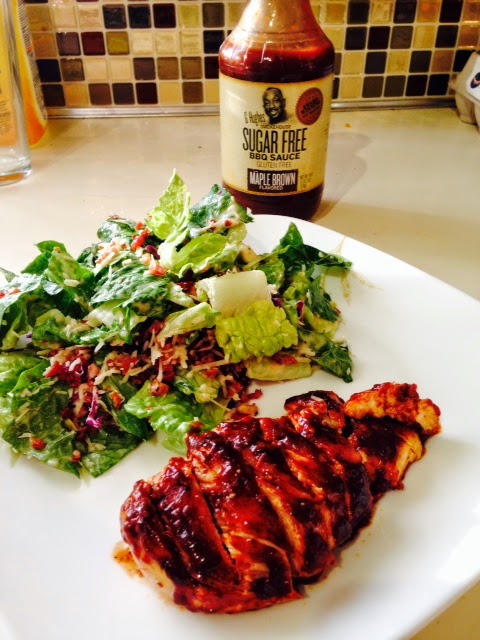 The first thing I made was a grilled chicken breast with the maple brown sauce. The sauce was pleasantly sweet and slightly smoky with a nice tang. It’s not spicy, and it reminded me a lot of KC Masterpiece or Sweet Baby Ray’s. It even caramelized on the chicken. Can you say heaven? 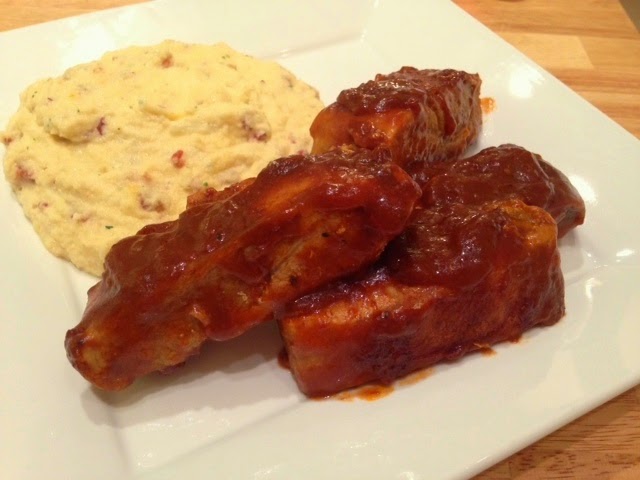 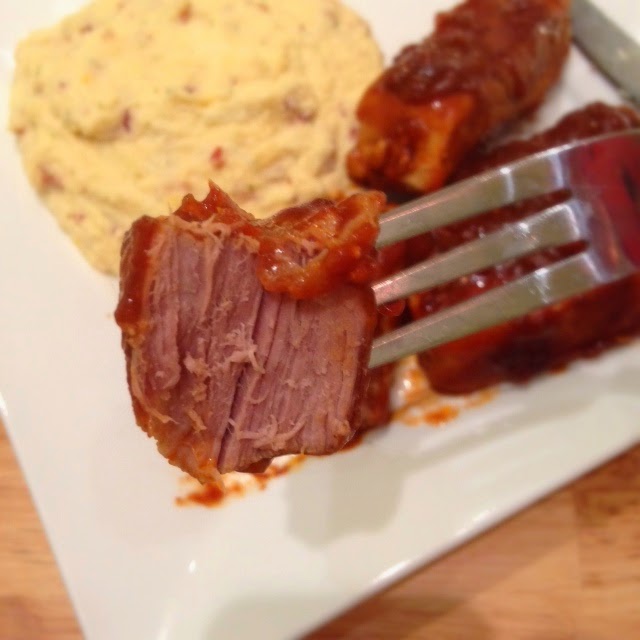 Try not to lick your screen. I know you want to taste this. And you just might have the chance, because I’m giving away a bottle each of hickory and maple brown to one lucky winner.
You can buy Guy’s original sauces on Netrition (click here to purchase), but unless you are local to the Cleveland area, you can’t purchase the maple brown or hickory varieties just yet.
To enter the giveaway to win one bottle each G. Hugh’s Sugar Free, Gluten Free Hickory and Maple Brown BBQ sauces, simply like Cut the Wheat on Facebook and leave a comment on this post with your favorite BBQ food and why you love it so much. That’s it! One lucky winner will be randomly chosen from the comments on May 9th, 2014. The winner will be announced on Facebook at noon E.S.T. on May 9th. Good luck, and happy barbecuing!
This contest is only open to residents of the 48 contiguous United States.
I am in no way affiliated nor sponsored by G. Hughes or Guy’s sugar free barbecue sauces.

The Gift of Giving